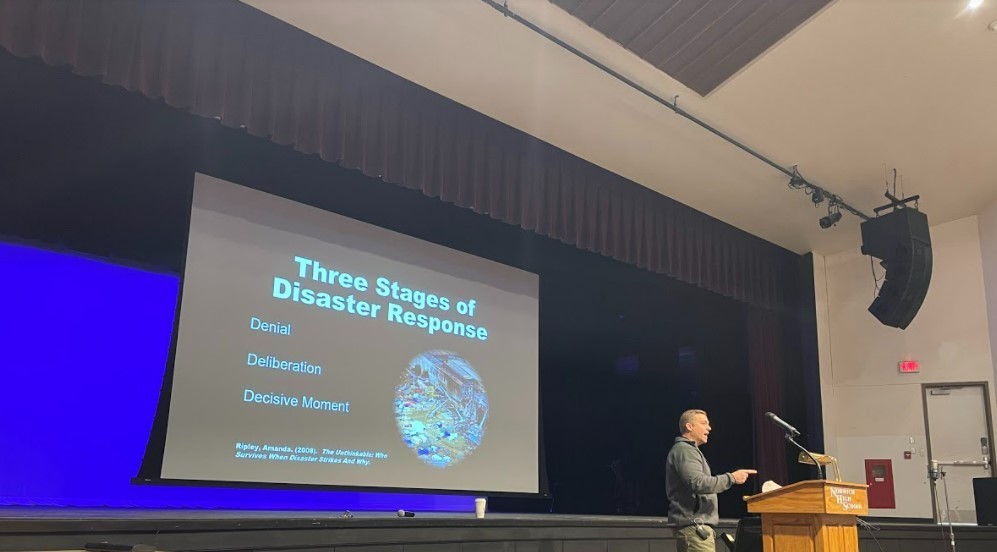 NCSD faculty and staff kicked off the week engaged in a Civilian Response Course led by Binghamton Police Officer Bob Charpinsky during a 2-hour delay for students.

The training had long been planned, and comes at the perfect time, as across the nation, school districts, in concert with local law enforcement agencies, are responding to an increased number of social media threats regarding the potential of school violence.

This Civilian Response Course is intended to bring a heightened awareness to faculty and staff about their own response in an emergency situation. In the training, Charpinsky provided facts and background on violent occurrences in America, as well as outlined action steps for staff to begin reflecting on in case of an emergency.

The Norwich City School District has outlined an emergency response in its safety plan, and has recently invested $1.8 million dollars in high tech security, and Superintendent Scott Ryan said the District's response plan doesn’t stop there. Many adults are not yet speaking the language of our students, who are heavily engrossed in social media sites. “I firmly believe we cannot say there is no place for those sites or those apps. We as individuals must begin having conversations with kids about the impact of that phone”.

This training is the beginning of a broader conversation that will occur in the community, including students and caregivers, as well as more training that is being planned for faculty and staff.