VOTE LOCATION: NCSD DISTRICT OFFICE (NEXT TO THE MIDDLE SCHOOL) 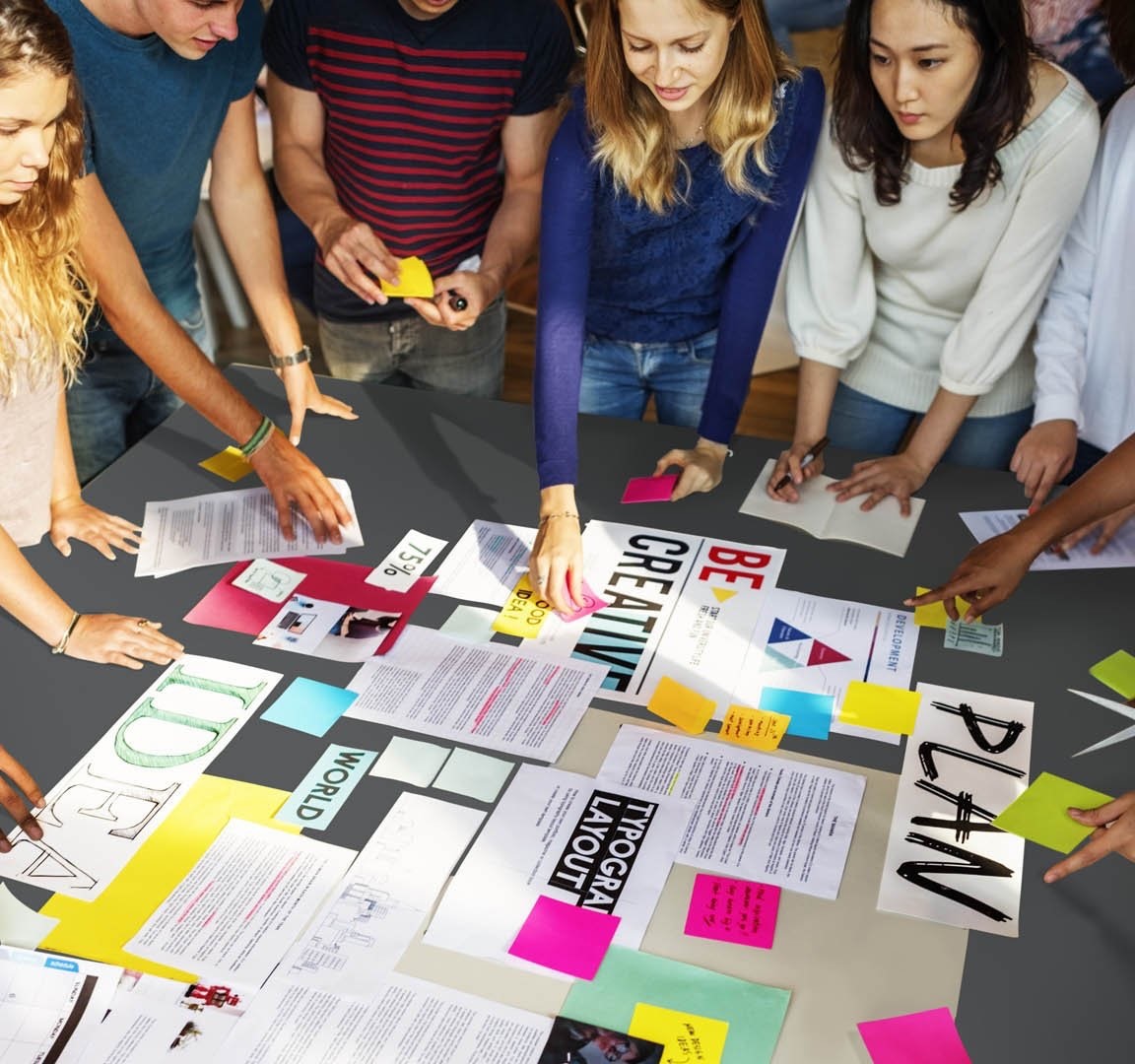 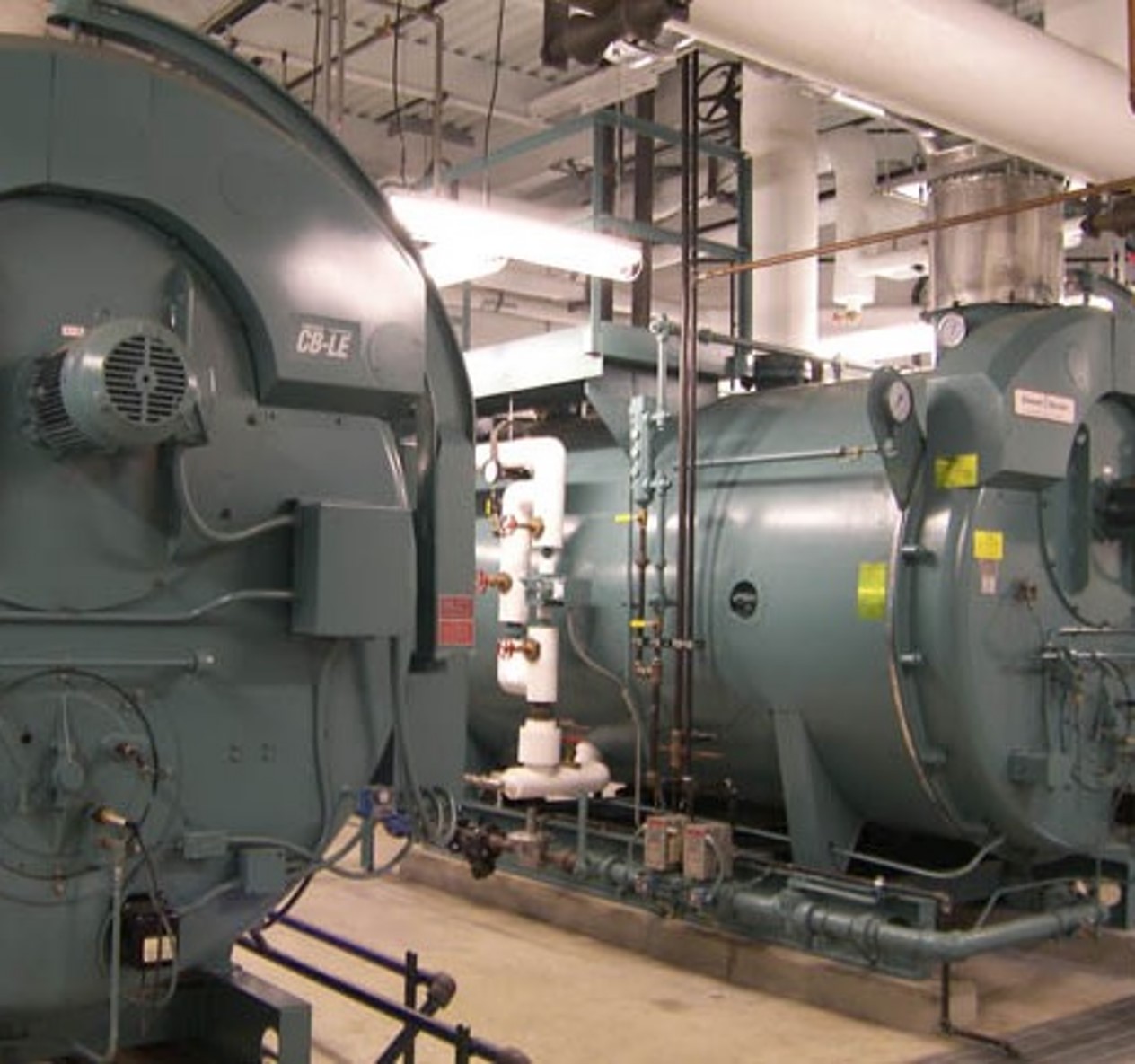 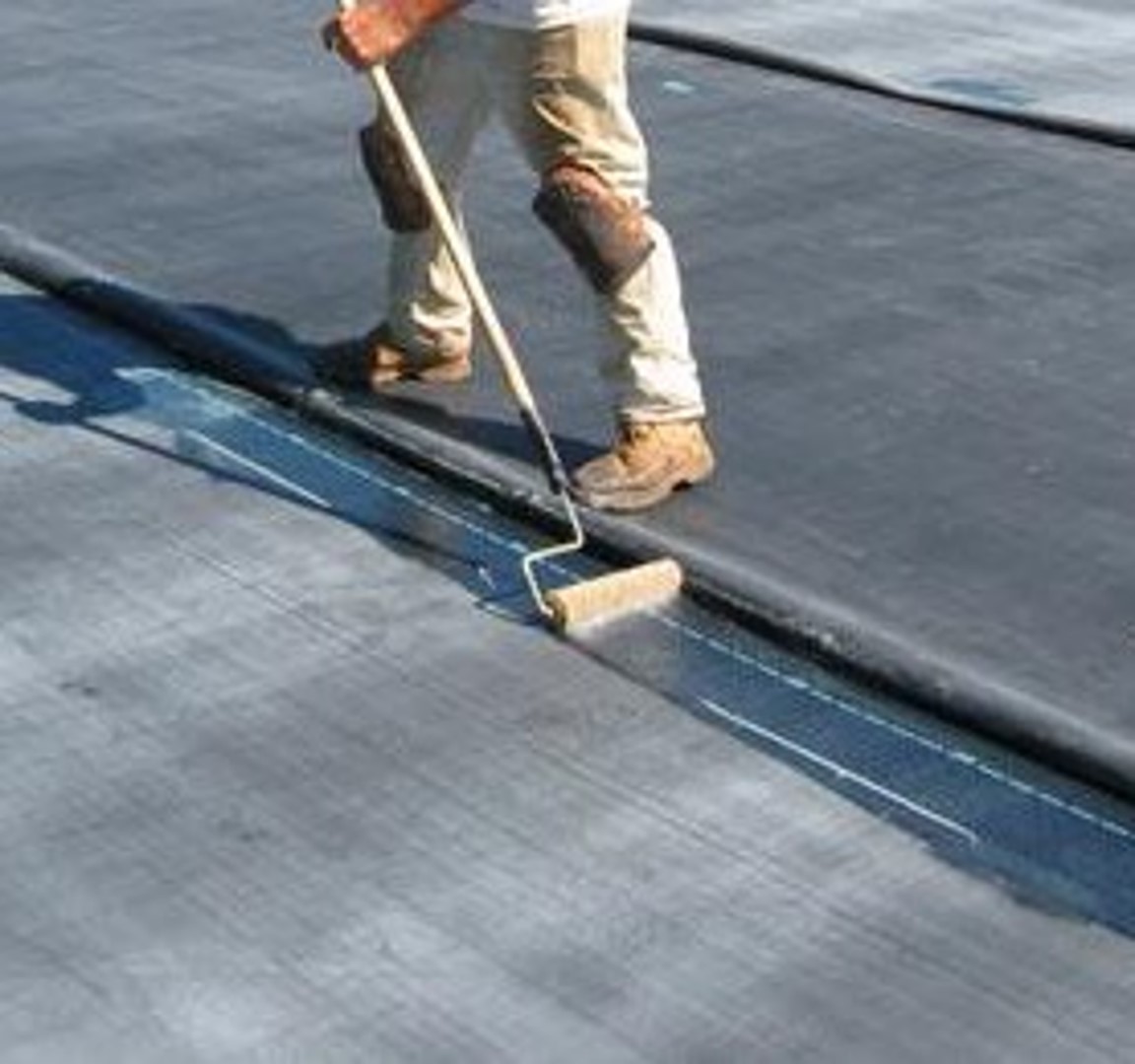 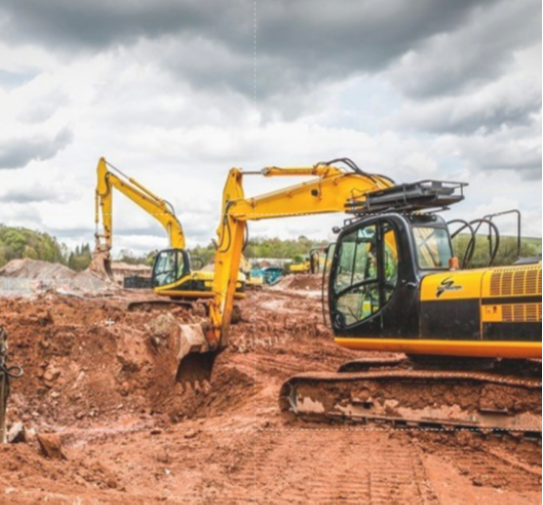 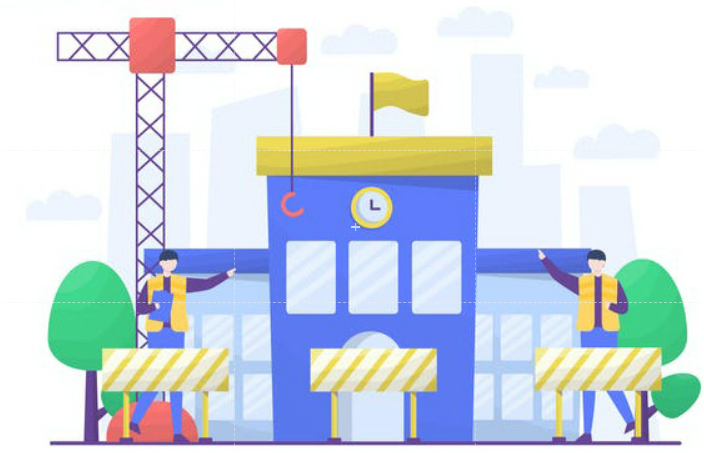 The Norwich City School District Board of Education approved a $35 million capital project, which will be put before voters on November 19, 2021. The project will make improvements in several priority areas which can be broken down into three primary categories; 1) Educational Space, 2) Sitework and 3) Infrastructure. These capital improvements will improve learning opportunities, enhance safety for students and staff, and replace aging and failing infrastructure.

This project is tax neutral and will require NO INCREASE in your taxes. The project will be funded primarily by state building aid, retiring debt and a small portion of the district's capital reserve.

Our mission is to... CONNECT, INSPIRE AND EMPOWER!

The District is pursuing this capital project in order to align our facilities with the new Mission and Vision statements as well as to take care of serious shortfalls with existing infrastructure. In January of 2020, the District leadership team began working with King + King Architects to update our long-range facilities plan which in turn populates the district Building Condition Survey, which is a state-mandated document that ensures schools are keeping up with facility and infrastructure repairs. This process entails a complete review of school facilities and grounds to identify areas that need repair. The resulting list identified an estimated $130 million in work. That amount of work is not attainable all at once, therefore the districts architects collaborated with the leadership team to systematically rank the identified needs based on characteristics such as safety, ADA compliance and other key metrics, which is how the project scope detailed in the sections below was determined.

Simultaneously, NCSD began the process of updating our Mission and Vision. This amazing process brought together stakeholders from across the district including students, staff, parents, community leaders, district and building leaders among many others. The result of this work helped to identify the educational space and upgrades identified for this project.

The district leadership team is proud to present this project to voters. The project accomplishes our goal of updating facilities while also aligning educational needs with the mission and vision our community has identified. Further, all of this work is being accomplished in a way that does not impact the taxpayers and supporters of NCSD.

Please call the District Office at (607) 334-1600 to schedule an appointment if you have any questions regarding this capital improvement project. 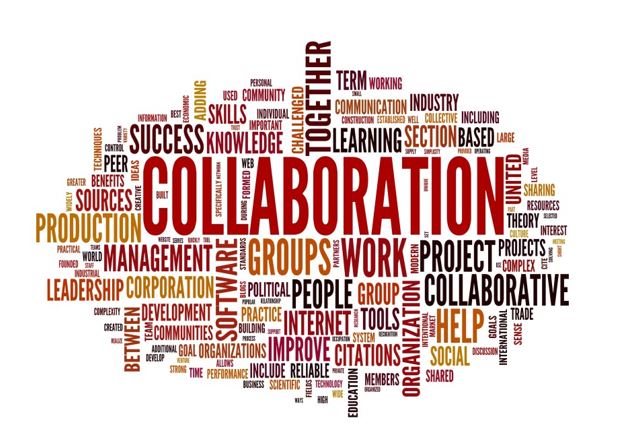 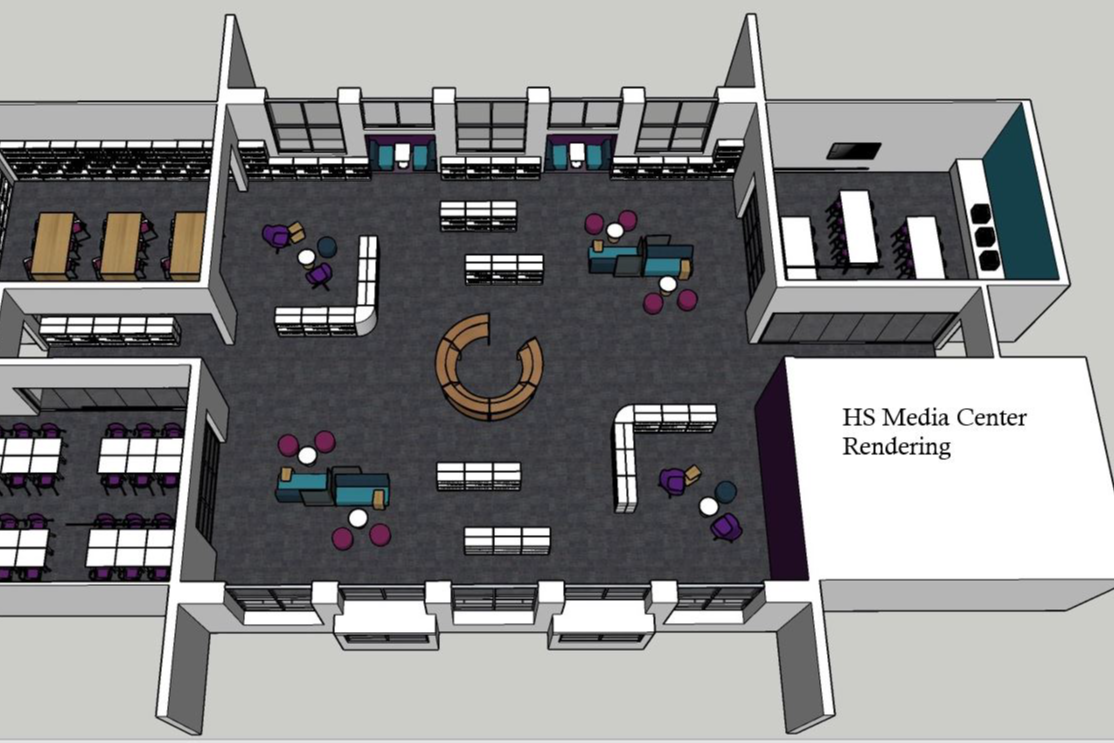 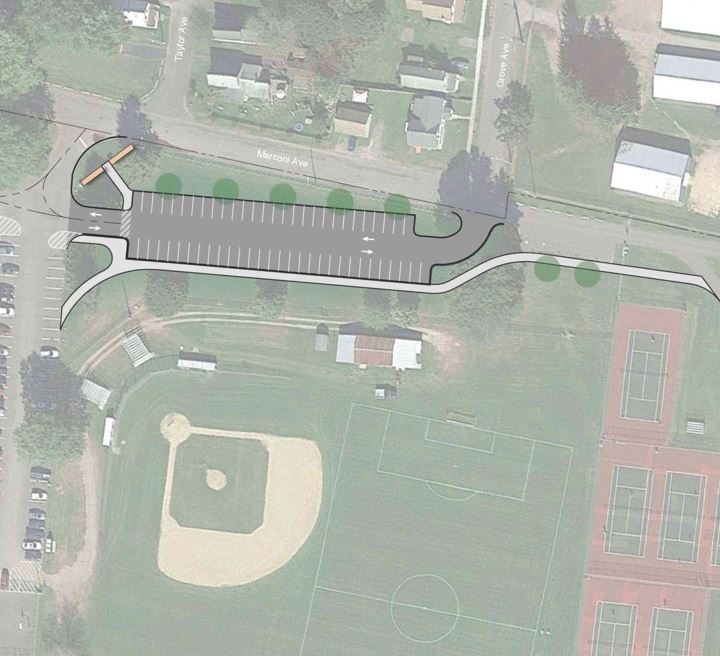 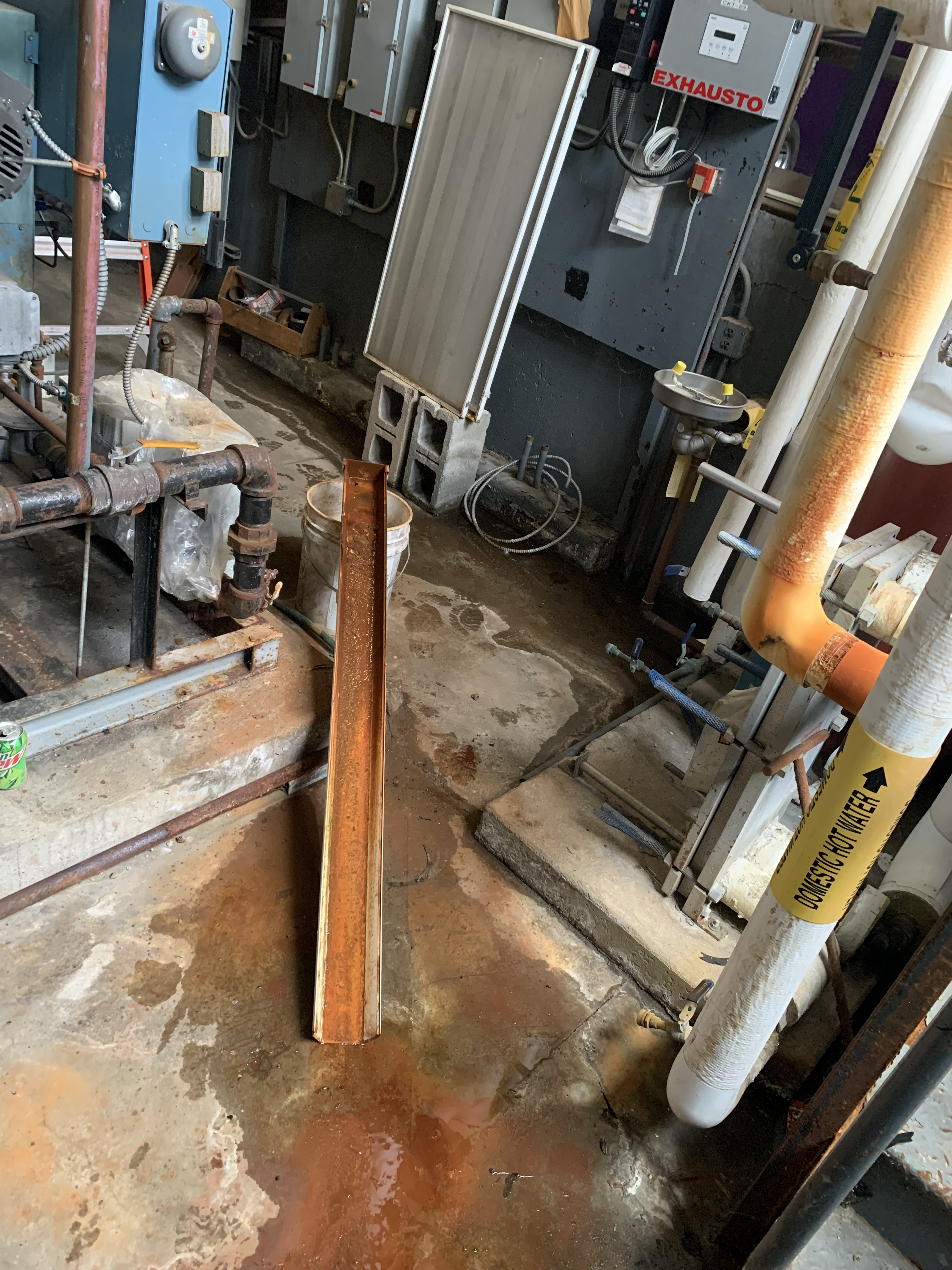 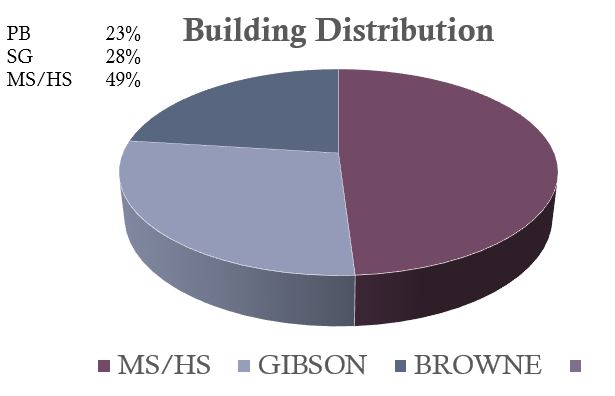 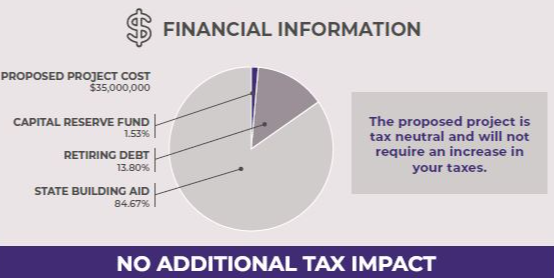 This project is tax neutral and will require NO INCREASE in your taxes. The project will be funded primarily by state building aid, which covers $0.95 for every dollar of eligible expenses! Retiring debt is the second largest portion of funding, and is simply replacing debt that is retiring with new debt. Finally, a small portion of the district's capital reserve will be used cover the remaining costs of the project.

Three ways the district is reducing the wallet impact:

As Norwich City School District is organized as a "City School District" as opposed to the commonly referred to "Central School District" we are significantly impacted by the amount of debt we can maintain at any given time. The Small City School debt limit is limited to 5% of the average full value of the last five years' tax rolls. Central Schools are allowed to incur debt at twice the amount, with a cap of 10% of the full value of the most recent tax roll. Even further, Central Schools are allowed to deduct estimated state aid on the projects to be bonded when computing their debt limit whereas Small City Schools cannot. Attaching actual dollars to this; NCSD's constitutional debt limit is currently approximately $29 million. If NCSD was organized as a Central School, the constitutional debt limit would be in excess of $58 million. What does this mean for this capital improvement project? This means that NCSD needs authorization from at least 60% of the voters in order to exceed our constitutional debt limit for this project (keep in mind, we would not have to do this if the rule was the same for small city school districts). 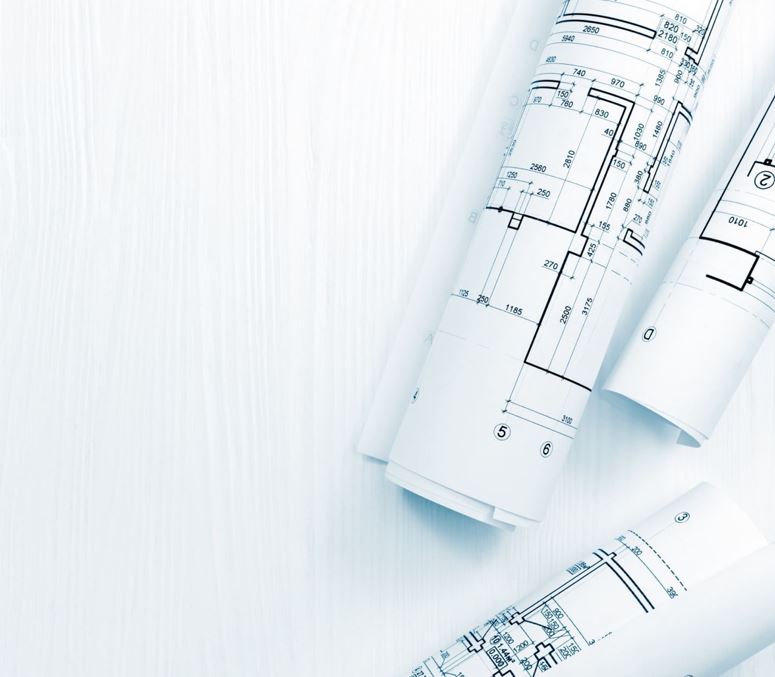 Q: What is a capital project?

A: Just like your home, school facilities need regular attention and upkeep to continue to operate year after year as originally intended. The New York State Department of Education requires school districts to inspect its facilities regularly and maintain a five-year capital improvement plan. Capital improvement projects are a way for school districts to complete more substantial facilities work that is beyond the scope of an annual budget, including upgrades, renovations and replacements as compared to regular maintenance.

Q: How is the district able to pay for a $35 million project?

NCSD has a relatively high building aid ratio of approximately 95%, meaning for every $1.00 in capital expense, the state covers the cost of $0.95 in eligible expenses. This means that the local share of any capital project is only $0.05 per dollar spent, which is relatively low in comparison to many districts across the state. In addition, the district's annual budget includes a line item to cover existing debt payments. In the fiscal year 2023-24, a significant amount of debt is falling off. The district will replace this old debt with new debt, which will fund a portion of this project. Finally, the district fully funded a $5 million Capital Reserve Fund at the conclusion of the 2020-21 school year. $700,000 of this fund will be used for this project.

Q: When you say no additional tax impact or tax neutral, what does that mean?

This means that the tax levy will NOT have to increase as a result of this project. A portion of the tax cap formula includes a local amount that is set aside for debt payments on capital projects (local share means the debt expense after building aid has been applied). The district is simply replacing old debt with new debt in order to keep the local amount of the tax cap formula flat, which translates to no additional tax impact, i.e. tax neutral.

Q: How much state aid does NCSD receive for capital improvements?

Q: Why are we doing this work now?

Each year the New York State budget sets aside a portion of educational funding for capital improvements. The approval process for a capital project takes a significant amount of time in order to give the state time to include the amounts in their budget. As the district is planning to fund a portion of the project with retiring debt that is falling off in FY 2023-24, we needed to begin the approval process for a project significantly in advance, which is why the planning began in January of 2020. As it takes time to draft a building condition survey, long-range facilities plan and ultimately settle on a project scope, it was important to begin this work well in advance. As mentioned previously, it also takes a significant amount of time to obtain approval from the New York State Education Department along with the Office of Facilities Planning.

Besides the planning and approval process, we are pursuing this project now to ensure NCSD is competing for and obtaining those dollars that the state sets aside for facility improvements. Said another way, if NCSD does not pursue these capital improvement projects, other districts will receive this funding. We believe now is the time to pursue these funds in order to ensure our facilities are safe for students and staff as well as providing the environment to prepare students to be successful once they leave NCSD.

A: Routine repairs and maintenance are funded through the district’s general fund as part of the annual school district budget. Larger projects and capital improvements cannot realistically be funded through the annual school district budget. The annual school budget does include funds to support routine repairs and maintenance of the district’s four school buildings, district office and bus garage along with the many acres of grounds. However, the cost of more significant projects, like roofing, paving, HVAC work, or major renovations is too costly to be included in the regular operating budget of the district, especially with a cap on the tax levy. By funding these projects as part of a capital project, it allows the district to spread the expense over a longer period of time and to fund this work in large part through New York State Education Department Building Aid with minimal impact on local taxpayers. For every dollar borrowed, Norwich City School District will be reimbursed approximately $0.95 for all eligible expenses, making the local share only $0.05 per dollar of eligible expense!

Q: What is a bond resolution?

A bond resolution is the authorization from the Board of Education to issue bonds to fund a purchase such as a school bus or a capital project. In other words, a bond resolution allows the district to borrow money and pay it back in installments over a period of time in order to obtain equipment or to update school facilities.

Q: How are items in the project determined?

A: New York school districts are required to conduct Building Condition Surveys and to develop multi-year facilities plans, which can help identify aging, outdated or energy inefficient school infrastructure and facilities issues related to health and wellness. The District worked with King + King Architects to systematically rank all of the identified needs in order based on a rubric identifying safety concerns, ADA compliance and other key metrics which resulted in the final project scope.

Q: Who would benefit from the project?

A: While faculty, staff and the community as a whole would benefit from a capital improvement project, the group that would see the biggest impact is students. The projects proposed in this facilities upgrade plan will provide Norwich students with safer facilities and grounds along with enhanced educational space aligned with the district's mission and vision.

Q: How does this project benefit the community?

A: Capital improvements increase the quality and versatility of school facilities, which is a direct benefit to the entire community whether you are a parent attending a district event or an outside group seeking to utilize district facilities. These benefits can positively impact home values too. According to the National Association of Realtors, nearly 30 percent of home buyers list “school quality” as a deciding factor in their home purchase.

Q: What happens if residents do not approve the proposed capital improvement project?

A: If residents do not approve the proposed capital project in the fall, aging infrastructure as well as the educational space improvements will not be pursued at this time. The serious nature of the infrastructure items identified would mean increased allocations from the general fund budget each year as increased maintenance would be required in addition to the general trend of increase in costs. NCSD would have to address these issues as needed and the costs for that work would be paid from the district’s operating budget, without state aid reimbursement, meaning instead of taxpayers funding $0.05 per every dollar, we would fund the entire cost. Work that is required to be done on an emergency basis is likely to be more costly and much more disruptive to student learning. Equally as important, the district would not be able to provide the educational opportunities and environment that the community-generated Mission and Vision statements have outlined.